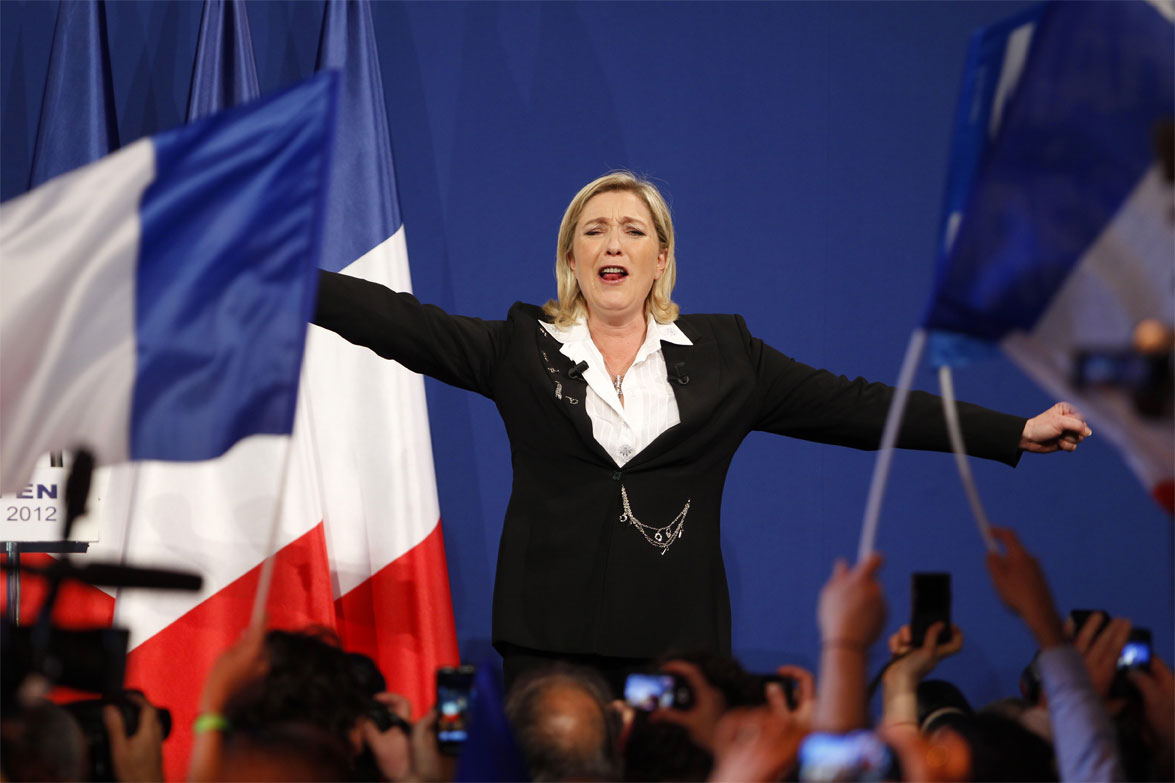 No it’s not Italy we should worry about, and, probably, not even Greece can be a real threaten to the stability in the Euro Area: this weekend the Front National of Marine Le Pen may obtain a historical victory at the european elections

On this blog we have warned you several times: if the Euro system will ever fall, it will be on French pressure.
France is the second biggest economy of the Euro Area (right after Germany), but the weakness of its economy make it look more similar to Italy rather than to Merkel’s reign.

- “blame Germany for everything”

We’re talking about politics, which is probably the most social among all social sciences, and, sadly, those 2 slogans seem to be pretty effective on people.
Yes, Germany has the big fault of selfishness on its side, but we all know that, if we could, we would love to be governed by Angela Merkel and we sure as hell wouldn’t fancy the idea of giving money to Greek banks, Spanish banks and so on.
About the second slogan, Euro needs to be strongly reformed, but we wouldn’t reject the whole monetary project in such an easy way. Before destroying the Euro system, Brussels should at least try to create a “Euro A” and a “Euro B”, which would basically mean pushing Germany out of the Euro.

Now, why would we want to push Germany out of the Euro ?
Well, this sounds like a good reason to us:

Europe cannot afford to have France ruled by fascists, and, to us, this is enough to suggest that the Euro project is having some unpleasant side-effects.

In Greece we have a similar problem: 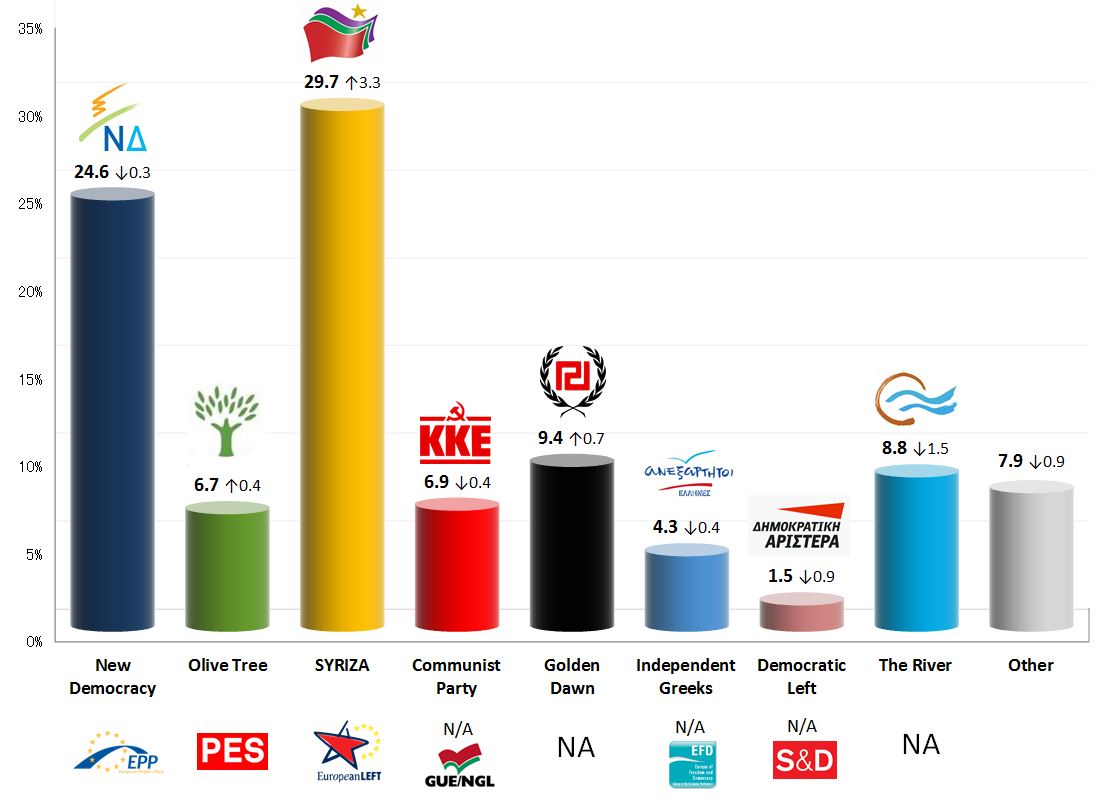 Tsipras communist party, Syriza, is likely going to obtain a great success next Sunday. However, this is hard to compare to the French situation: Greek economy is really too small to cause a Euro collapse, but a weird co-operation between Greek Left and French Right may really become a problem.

And if this is not enough for you, just think of this sentence: if these polls will correspond to the final actual results, european elections will be the “black swan” of the year for financial markets, but it seems like those wonderful politicians in Brussels did anything possible in order to reach this point, didn’t they ?