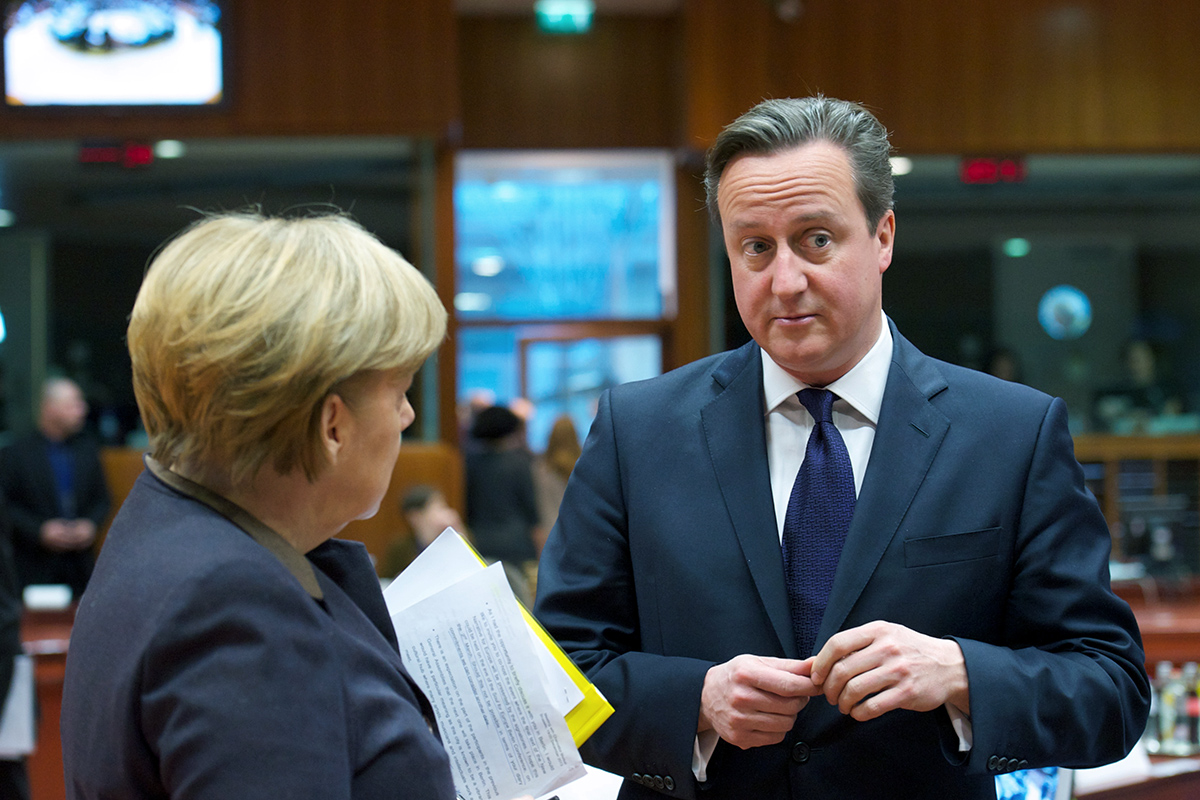 Farage’s UKIP is exerting a certain pressure on Cameron to close the borders for low-skilled immigrants from EU, but Germany is ready to do anything to avoid this

Rules are pretty simple: as far as the UK is part of the UE, the UK will have to behave like a UE-country.

And yet, the extremist Nigel Farage is managing to push the Government to close the border of United Kingdon to some immigrants. Farage would call this: “quality immigration”.
The idea behind quality immigration is simple: low-skilled people cannot immigrate in your country.

Now, while some economists may even agree with Farage (saying that you need a job or a scholar degree to immigrate can be a not-so-bad thing on a mere economic point of view), there is a little problem that Farage and Cameron are ignoring: the UK cannot take such a decision on its own.

This decision would violate the basic principle of free immigration/emigration flows within the EU territory, and someone in Berlin does not like that.
Unluckily for Cameron and Farage, this “someone” is Angela Merkel herself, who is not known for her political weakness with his allies.

Merkel is extremely disappointed with Cameron on the issue, and she has warned UK that she’s ready to end her support for Britain staying in the European Union if Cameron attempted to restrict immigration within EU.

In case you need a translation, Merkel is ready to push UK out of the EU if Cameron carries out this “quality immigration” thing.

That’s one big ultimatum, isn’t that ?