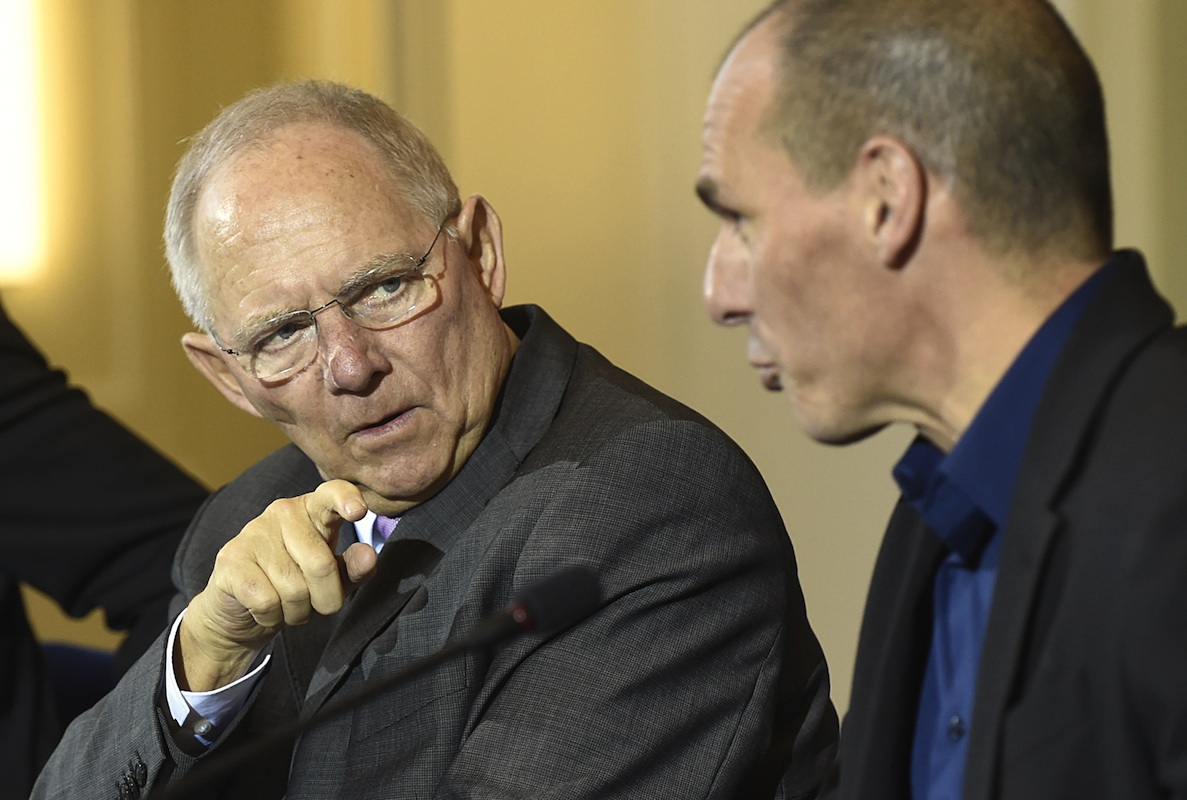 Today, for the very first time, the Greek government showed some sign of weakness: eventually, Varoufakis & Tsipras will have to please Germany or walk out of the Euro system

Well well well, it seems that the anti-austerity Greek government who (properly) called the Troika’s bailout-plan a con is now starting to lose its “poker face”.

Today, Greece officially asked for a 6-month extension of this bailout plan. And yet, few weeks ago, Varoufakis (i.e. the new Greek Finance Minister) denied the existence of a liquidity problem.

We must be missing something, here is a part of the official request presented by Athens:

The Greek authorities honour Greece’s financial obligations to all its creditors as well as state our intention to cooperate with our partners in order to avert technical impediments in the context of the Master Facility Agreement which we recognise as binding vis-a-vis its financial and procedural content.

In this context, the Greek authorities are now applying for the extension of the Master Financial Assistance Facility Agreement for a period of six months from its termination during which period we shall proceed jointly, and making best use of given flexibility in the current arrangement, toward its successful conclusion and review on the basis of the proposals of, on the one hand, the Greek government and, on the other, the institutions.

Officials from Athens denied the fact they asked for an extension of the “memorandum” (the nice latin name that people use to refer to the ridiculous bailout program imposed from the Troika to Greece). So, what basically happened is that Greece asked for more money but with different rules.
The German answer was too easy to forecast: nein.
However, this is the first time since Tsipras election that we see an actual request of money from Athens to Berlin. A liquidity crash may be close, and this will make the Greek government desperate (or, at least, that’s what Germany seems to believe).